Drop8 has performed with a wide variety of national tour acts over the years.  Metal bands like Buckcherry, Trapt, Drowning Pool,  Last In Line,  Sevendust, Hed (pe), Mushroomhead, American Head Charge, Full Blown Chaos, Scars of Tomorrow and Powerman 5000 as well as Rock acts Puddle of Mudd, Tom Keifer, Warrant, Dokken, Hoobastank, LA Guns, Jani Lane,  Beautiful Creatures, Bang Tango and Faster Pussycat.  The band began making appearances at The Grove of Anahiem, The Key Club, The Canyon, Whisky a Go Go,The Coach House, and  Socal's newest venue The Cave. Drop8 have continued to strive to play larger venues with many of the national acts that roll through Southern California. In 2013 Drop8 was a part of Hollywood's very own Sunset Strip Music Festival (SSMF), where they played at the world famous Whisky a go go. Founding Members Jimmy Ferro & Kevin Thomas have played over 200 shows together since the bands inception, and hope to continue this wild ride, we call Rock N Roll! 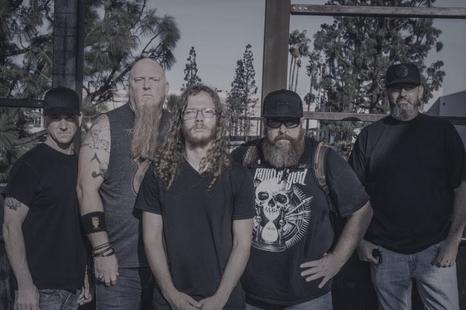 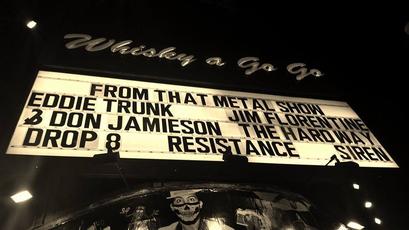 The high-energy hard rock/metal band Drop8 brings together 5 intense musicians with a wide spectrum of experience and ability.  Hailing from the Inland Empire, Southern California, Drop8 pulls from a multitude of influences, from classic rock and metal to the new sounds of modern metal. Drop8 represents the best of all those worlds.  Armed with support and endorsements from great companies such as Krank Amplification, Dean Guitars, Dirtbag Clothing Co, Jim Dunlop Music Accessories, Knucklehead Strings and My Star Sound, the band has shown their hard work and abilities are recognized outside their local and regional scene.
​
Drop8 has been compared to the likes of Disturbed, Metallica, Godsmack, and Black Label Society. Their live show has been the band’s trademark for the last 12 years and continues to propel the group to the highest level. The full frontal assault of crushing guitar tones, a rock solid rhythm section and powerful vocals makes Drop8’s high energy stage show a must see.
​
Drop8 proved to be on their game with the debut CD “Brand New Aggression (BNA)." Comprised of songs with catchy melodies, powerful lyrics, solid rhythms, hooks, screaming riffs, and an aggressive punch that makes their sound unique and distinctive, Brand New Aggression proved to be a breath of fresh air for rock and metal fans.  The CD was mixed by James Lugo (Vocal Asylum, Hollywood, CA) who has worked with major record labels such as Capitol, Sony, Lava/Atlantic, and Warner Brothers. BNA was mastered by Bill Dooley (Paramount Recording Studios, Hollywood, CA) whose intimidating resume speaks volumes, working with rock legends such as Ozzy Osbourne, AC/DC, Judas Priest, Motley Crue, and Black Label Society.
​
The band released their newest EP in August of 2014 titled "The Score" . They debuted it in front of That Metal Show's Eddie Trunk, Don Jamieson, and Jim Florentine at the Whisky a Go Go for a packed house . Drop8 is just released their follow up to

"The Score"  titled “Chasing Grey”. This new batch of songs represents a new era. With an even wider spectrum of influences and styles in combination with the sound that Drop8 fans have grown to love. Expect to see these songs incorporated into the live shows and released sometime soon. New stuff being written and recorded as we speak for 2018 as well.
​
Drop8 is truly humble and appreciative of all support they have garnered over the last 20 years.  They have a deep respect for their peers as well as a strong appreciation for the local and regional music scene that spawned them.  As the fan base of Drop8 continues to grow, so does the band’s commitment writing high level, energy driven, fist pumpin’ music that does not fall short of the expectations of their supporters, endorsers and fans. Stand by, because Drop8 will capture your mind and leave you wanting more.
​ 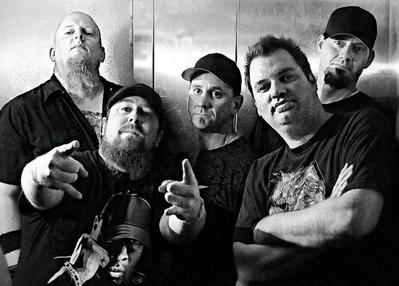 Initially formed in 2002, the band began performing as Drop8 in late 2003.  Over the next 8 years, Drop8 would perform countless shows throughout Southern California building a fiercely loyal following.  In 2005, Drop8 moved from the local pubs and bars in the Inland Empire of Southern California to the larger and more prestigious venues of Hollywood and Orange County.  Performing at venues such as The Whisky a Go-Go, The Roxy, The Key Club as well as Orange County venues like The Hard Rock Café and The Galaxy Theater.
​
In 2006, the bands performance schedule began to take them out of state performing in places throughout the southwest region as well as making multiple appearances in Las Vegas.  This also coincided with the release of “Brand New Aggression” through CSG Music.  This release elevated the band to a new level attracting the support of music companies such as Krank Amplification, Dean Guitars, Dunlop Music Accessories, Knucklehead Strings and My Star Sound.  After three years and 250 plus shows, the band took some time to regroup and begin the writing of their next CD.  Drop8 welcomed Max Hoagland to the fold and began writing sessions for the new release.  The current line-up, which includes the additions of Jamie McCollum on guitar and Ryan Calamusa on drums, are firing on all cylinders with shows booked in Hollywood as well as recording tracks for the their new CD.​